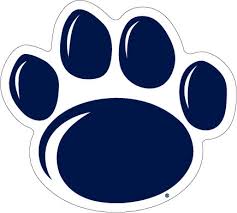 Carl K. Rosenberger, 62, of Mohnton, passed away on Thursday, September 15, 2022, at Penn State Hershey Medical Center. Carl was born on January 8, 1960, in Pottsville, son of the late Carl G. and Josephine G. Rosenberger.

Carl was a 1977 graduate of Nativity BVM High School in Pottsville and went on to earn a BA in Communications from Penn State University in 1981. After graduating, Carl joined his father in the furniture business and soon followed their dream to own and operate their own La-Z-Boy Furniture Galleries franchise. Carl continued to grow in the furniture industry by opening a second location before selling the business in 2007. Carl went on to work in sales and advertising until his retirement in 2020.

Carl was an active member of Penn state Schuylkill Alumni Society, having served as president of the board for 8 years. He was instrumental in establishing the Penn State Schuylkill Alumni Society Award. The award is a scholarship endowment that benefits full-time undergraduate students at Schuylkill Campus. He was an avid fan of Penn State football and the Philadelphia Eagles, Flyers, and Phillies. He also enjoyed a good game of golf.

Arrangements have been entrusted to Rothermel-Finkenbinder Funeral Home & Crematory, Inc., 25 W. Pine St., Palmyra, PA 17078. Condolences and memories may be shared at www.FinkenbinderFamily.com

To send flowers to the family or plant a tree in memory of Carl K. Rosenberger, please visit our floral store.

A Memorial Tree was planted for Carl

We are deeply sorry for your loss - the staff at Rothermel-Finkenbinder Funeral Home & Crematory, Inc.

Join in honoring their life - plant a memorial tree